Now to the heart of the matter, Mr stage commander

Bernd G., stage commander at the Lausitz-Rallye, shares with us his passion, his duties before and after the special stage and why “watching colourful cars” is only marginally possible. 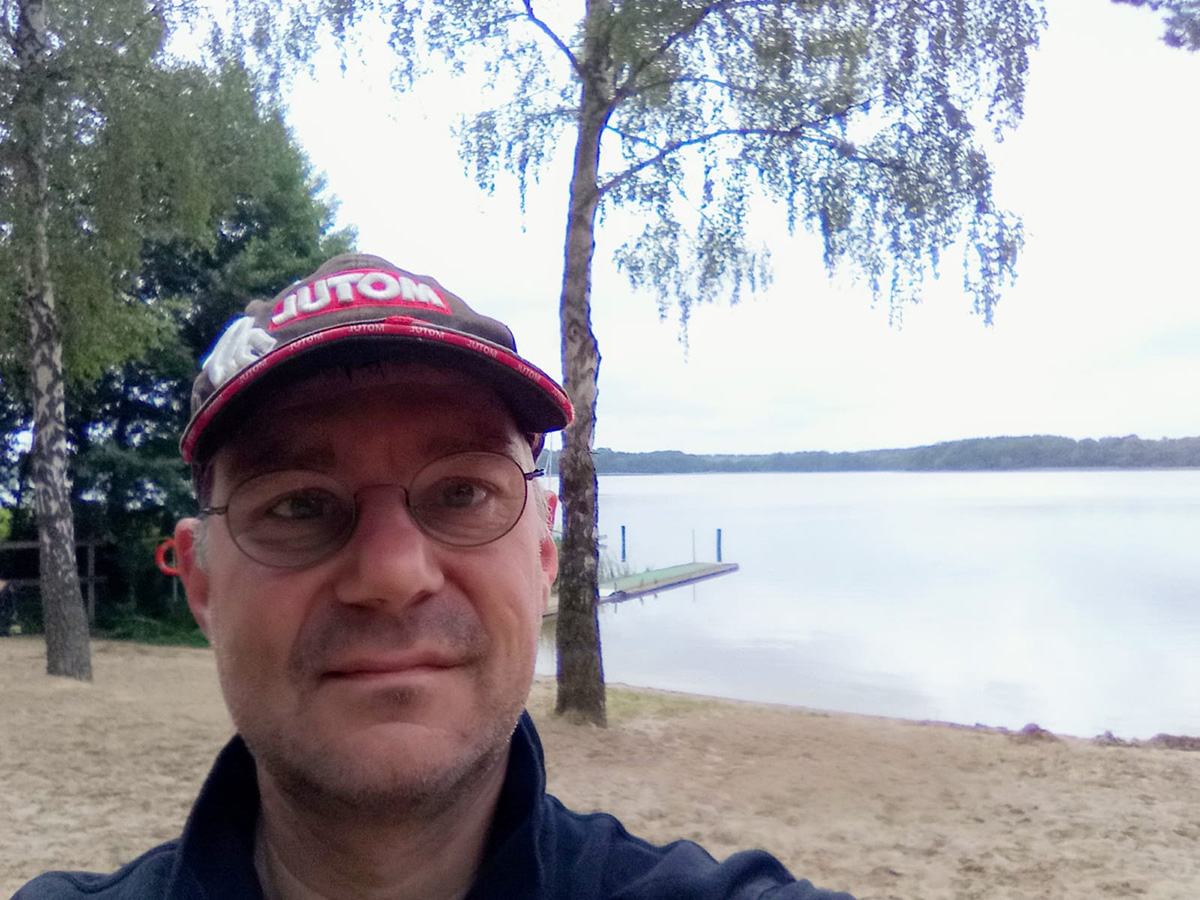 Bernd, when did the „Lausitz“ got you?
I actually follow the „Lausitz“ from the beginning. I am an active part as a road marshal since 2009. Then I was road section commander and deputy stage commander in 2013. The year after, I took responsibility as a stage commander for the first time. It was only in 2015, when my son was born, that I couldn’t be on site.

Since when are you generally active in motor sports? Where and at what event did you make your first experience?
I grew up with the rally. My father took me there to watch colourful cars. Since 2008 I participated as road marshal for the first time. I believe the events where I learned a lot were the Rally Zwickauer Land, the Thüringen-Rallye, the Sachsen-Rallye in Zwickau and the “Lausitz”.

How can one become a stage commander? What was your motivation to take such a great responsibility?
I had the first thought of taking responsibility as a stage commander at the Lausitz-Rallye in 2009 at 6 o’clock in the morning at the start of the special stage “Reichwalde”. This was when the older “Hü” divided the personnel and went through the most important points. His sovereignty really impressed me and made me want to be in this position on my own someday!

Since 2010 I participated in the above mentioned events from the construction of the special stages until the end and I asked, asked and asked again… With Steffen Polster I had someone by my side who was never annoyed by my questions. Thanks for that!

Is there a „qualification“ needed to do this job?
Yes, there is. I took a license course from the Deutschen Motorsport Sport Bund (DMSB) that has to be repeated every 3 years.

Where there any special moments / incidents for you in the Lausitz-Rallye and how do you value them?
Every Lausitz-Rallye is something special. I am looking forward to it like a little child is looking forward to the presents under the tree. For me it is the highlight of the year! Of course the first time as a stage commander remains in my memory. This was on the special stage “Arena” in 2014.

I remember the cancellation of the first round of the special stage „Klitten“ in 2017 negatively because some of the spectators  were unmanageable. We had no other choice than to cancel. This bruised my ego of course but the safety went definitely first! It was a pity for all the teams and spectators.

What can the stage commander do to ensure the greatest possible safety for teams and fans?
The instruction of the marshals is really important: Where are the “hot corners”? Where to expect many spectators? I check the special stage a couple of times to get a feeling for this.

It is also helpful to ask a driver after reconnaissance to learn what he thinks where the tight spots could be because he is more experienced in it.

How do the road marshals and the stage commander communicate?
The „eyes“ on the special stage are the radio posts and road marshals, who report to the start radio point what happens on the roads and he keeps in touch with me constantly.

What expects you on a rally weekend as a stage commander?
The „typical“ procedure at the Lausitz-Rallye is like this:

- Arrival
- Collect Papers (Safety plan etc.) in the rally headquarters
- Meeting with the Chief safety officer
- Inspect special stage and control the set-up
- Check the special stage and barriers on the day of the rally start again
- Block roads
- Instruct and divide personnel
- Clearance for take off from Chief safety officer
- Zero cars as last check
- Rally start
- In the event of incidents drive out with MIC (Medical intervention car)
- Possibly with ambulance and fire brigade
- Afterwards back to the start and re-start
- After the special stage finish say goodbye to the personnel with biggest thanks!!!
- Check if help is needed somewhere else during free time

And maybe also watch some cars…