One Thousand Three Hundred Twenty Eight Kilometres. That’s the distance Google Maps measures if you plan to travel from Drammen (Norway) to Boxberg (Germany). Why does a 35 year old Norwegian undertake this journey year by year? It seems, there are some good reasons we want to explore.

Okay, I asked Anders Grondal at Facebook for an interview and approximately five seconds later he responded with „Yeah, sure“. That was quite fast! 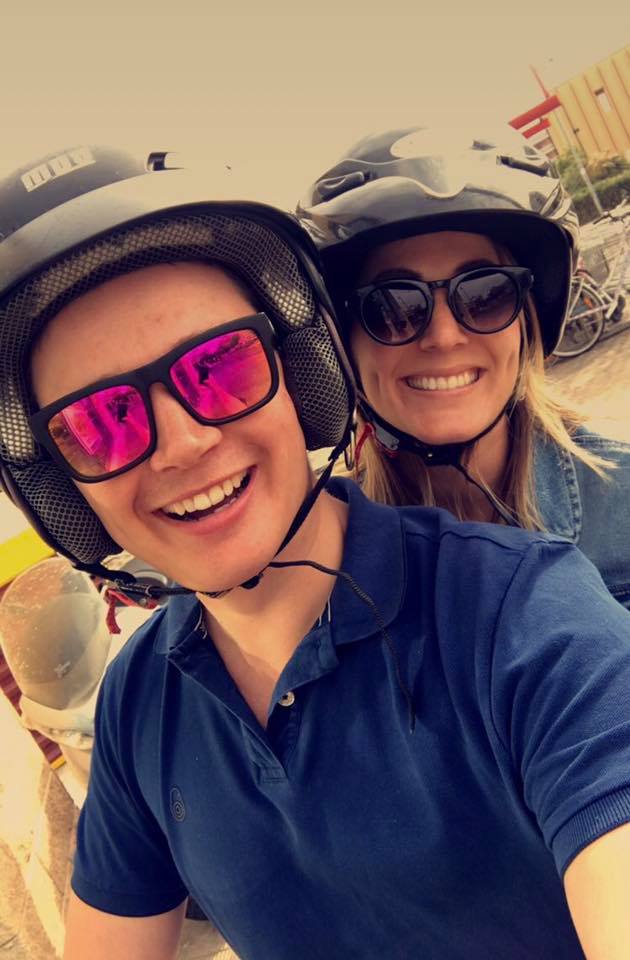 My aim for 2019 is to win the “Norwegian Rally and Hill Climb Championship” and get another win in Lausitz-Rallye. At the rally championship we are a bit behind as we had some engine trouble in the first two events.

The engine has been back to M-Sport and is now 100%. But we got some more bad news as the third Round in the Norwegian championship was canceled due to lack of snow/ice. So we have less events to fight back from our poor start.

Which car will be used and why do you want to sell the Fiesta R5?

The Fiesta R5 is a really good car. But we think there are other R5`s that are a little bit quicker now. So we are trying to sell our car, and we are looking at different options and offers for our next rally car.

But we need to sell our current car before we buy anything else. It`s not easy to do this in the middle of the season to sell and buy a new car.

Which size is your team and who belongs to it (Mechanics, Team Manager etc.)?

I`m lucky to have a really solid team behind me. Lots of guys with high skill level. Without them I would be nowhere.

We are total of 15 people in the team. But we rotate on mechanics on each event. So normally we are 8+ on every event including the co-driver and myself.

What's the budget you operate with for a full season?

We are on a tight budget. And must spend money wise. I would like to do more driving and more events. But we don`t have the budget to do that.

At the same time, I want to say big thank you to the sponsors that support me so I can do the program I do today. I think we always want to do more, but I have to remember that I have the opportunity to drive an R5 car and that I`m really lucky.

How do you get into the sport and which car you drove first?

My grandfather, father and uncle were rally and hill climb drivers. So it`s in the family. But somehow, I did not have much interest when I was young. I do remember I liked to spectate rallycross with my father.

The break trough was when my father won a trip to go see Rally Sweden 2001. When I saw the rally cars in action I was in love with the sport. And since my family had lots of interest they all helped me getting started.

The first driving I did was at John Hauglands Winter Rally School in Dagali, Norway. John is a Skoda legend. He thought me all the basics of driving a rally car. I still use the basic driving style he thought me back in 2002 now. But only now I can do it faster than I did back then.

Do you have any role models?

I had some when I was younger. But I take inspiration from the best in any sport.

Do you plan to come to Lausitz-Rallye again this year?

Yes! We had lots of trouble leading up to the 2018 event with a heavy crash just a few weeks before Lausitz. The weeks before was crazy to make it in time.

We sent one guy to M-sport UK to pick up the rebuilded car. He met us in Kiel where we came with the ferry and took over the rally car from there and went down to Lausitz.

I got really ill during the event. And was not myself. In the end we had to retire, that was a big blow for the team that worked so hard to make this happen. I felt sorry for everyone. Including the organizers of Lausitz-Rallye that also helped me so much to come and drive. For 2019 I want to be back as normal Anders.

What’s your most memorable moment when participating at Lausitz-Rallye?

The fights with Kahle the last few years have been so much fun!  I think the 2017 win was really special. The speed at the end was amazing.

How would you rate the event organisation on a drivers perspective?

Very high level. Typical German I would say. Very organized. Only thing is a bit of chaos at scrutneering because many teams show up before their time and tries to beat the que. I guess we are all eager to get to shakedown first 😃

Are there any improvements we should think of?

Not that I can think of now. There is always room for improvement. But really, I can`t think of anything now.

Why is it worthwhile to start there?

The roads are really fun. My favorites are the ones in the forest with trees lining the stages.
And also the support I get the from Lausitz-Rally is a big reason I do the rally.

What do you love more; big jumps or long drifts?

Big jumps is cool if they are build right. In the arena stage we have two. One is a bit bad as the cars land on the nose down the hill. The other one is great but could be bigger. Drifting is fun, but we lose time. So we try to stop the drifting.

What's your best time to do tire change during a special stage?

It`s been a long time since I did that. I can really remember. Think it was in 2015 or something. When I did WRC events we did train on it. And think we were around 2 minutes.

What do you love to do apart driving rally cars?

I really like to be with my friends and family. We have a family cabin that I really like to spend as much time as possible off work. But rally takes up most of my time. Besides driving myself driving we have two rental rally cars, R2t and Subaru Impreza for customers to enjoy on stages or frozen ice lakes. I have a few people every winter coming to do ice driving. I have to mention our dog “Mille” that is a big part of our life. She gives us much love.

How do you deal with the popularity of your wife Molly who actually works as a TV presenter for WRC?

I`m very very proud of my wife. She has the same love for the sport as I do. And I think she really do a great job. And it`s pretty cool to have a wife that suggest we should go to the ice lake and drive rally cars on Sundays 😃

Is there enough time for each other and how do you organize family life?

We are good at making the most of the time we have together. Sometimes it feels like she is gone for a long time, and I really miss her. But we are still young. And it`s now she has the chance to travel the world and do something she loves. I want her to be happy and we do make the rest work. Luckily, I`m pretty busy on my own. So I have lots of stuff to do when she is away. For the last years I have also done commentating for WRC on Norwegian TV.

What’s your job at Bilbutikken?

How do you keep your physical and mental health? Do you have any specific fitness plan?

For now I have two days planned every week where I go to the gym before work. And I try do to runs, skiing and other stuff when I have time beside that. My goal is to train at least three to four days a week. 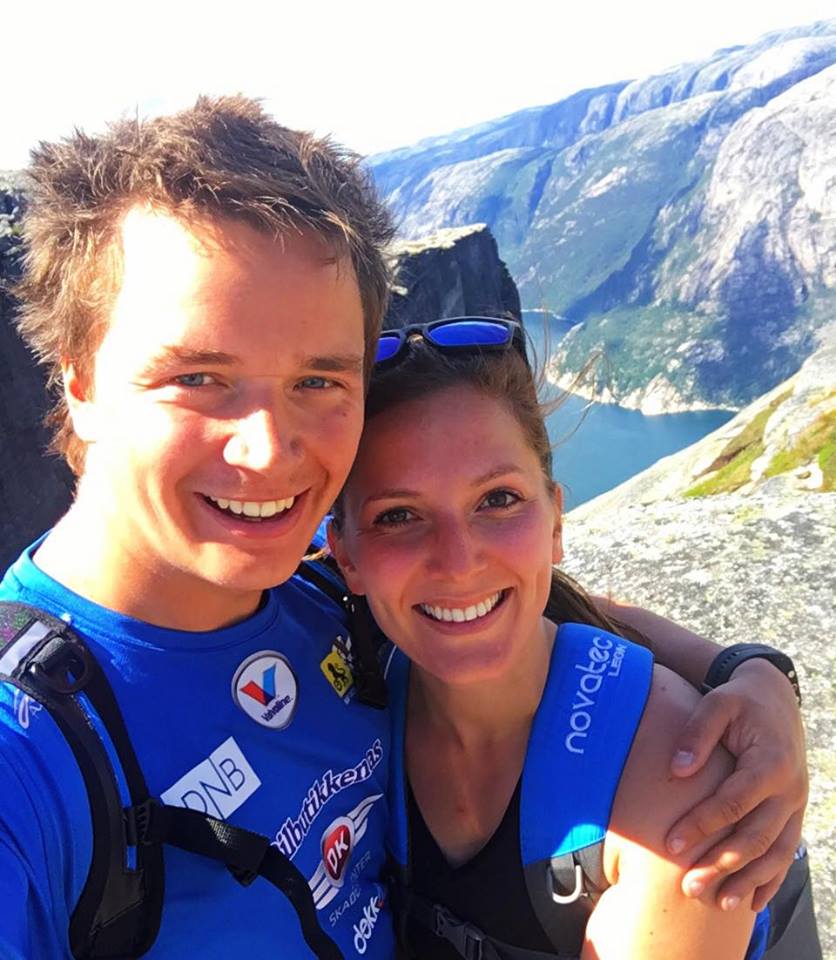 How often do you go to the hairdresser (haha :-)?

When it gets out of hand and I cannot style it anymore. Then I wait two more weeks looking stupid before I finally go. I don`t care to much about stuff like that. (Molly hates that)

Don`t care as long as they do a good job. But female comes with a nicer smell 😃

F-150 Raptor pickup truck! Best of both! And I have my rally car to go fast in.